THE SERIOUS failure of a smoke ventilation system that resulted in the building acting like a “broken chimney” left residents’ only escape route smoke logged during the New Providence Wharf fire, a report released by the London Fire Brigade states. 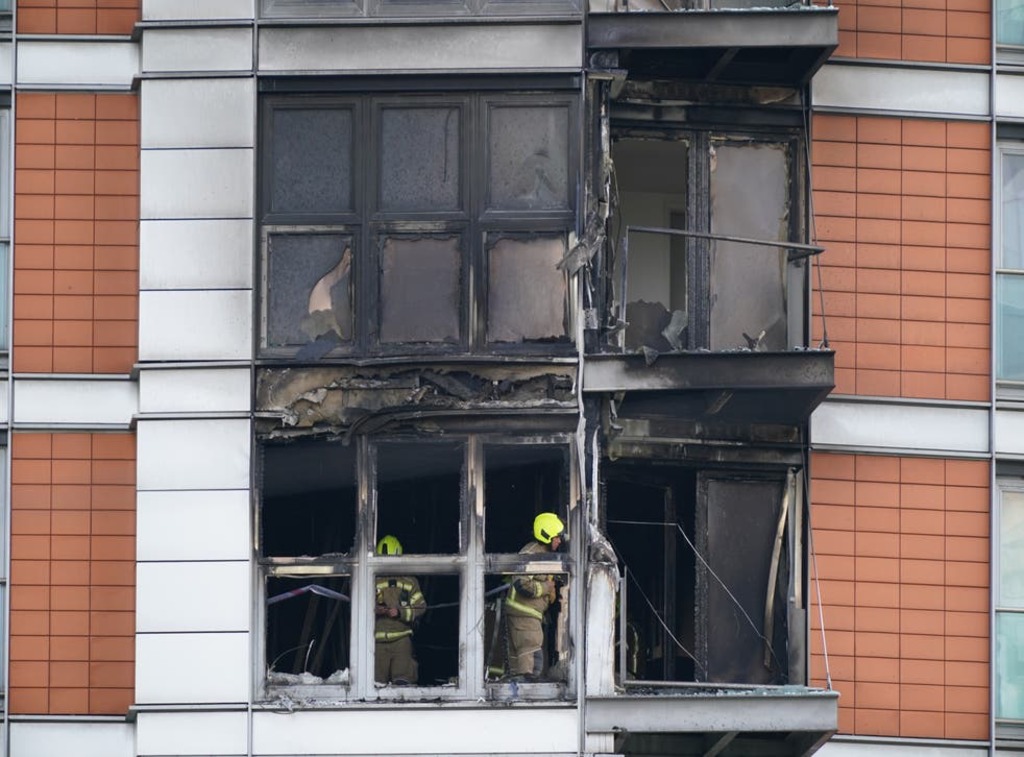 The report confirms that the fire on Friday 7 May began in a consumer unit, known more commonly as the fuse board, in an eighth floor flat. Due to the severity of the fire, more testing is needed to find out how exactly the consumer unit failed. The fire then travelled out of an open balcony window. At the same time, smoke poured into the corridor through a flat door that had accidentally been kept open.

The London Fire Brigade’s provisional investigation into the fire has found that, in this particular instance, ACM cladding panels attached to the building’s exterior did not significantly contribute to the external spread of the fire.

The response to the New Providence Wharf fire demonstrated the significant changes the London Fire Brigade has made since the Grenfell Tower fire. Increased numbers of firefighters and appliances are now initially sent to high-rise fires as standard. New evacuation procedures have been introduced. There are now improved communications between the Control Room and firefighters on the ground. Fire escape hoods have been introduced.

On arrival at New Providence Wharf, firefighters immediately focused on responding to a number of rescue calls received by the London Fire Brigade’s Control Room. That response resulted in 35 rescues on scene, 22 of them involving fire escape hoods. Overall, only two people were taken to hospital as a result of the fire.

The initial findings from senior fire investigators show that the smoke detectors on the eighth floor communal corridor failed to operate both the Automatic Opening Vent (AOV) and the cross-corridor fire doors. It’s the responsibility of the building owner or manager to make sure the AOV – which is designed to ventilate and extract smoke during a fire to help residents escape – operates in the intended manner.

Following the release of its preliminary fire investigation report, the London Fire Brigade is urging all those responsible for high-rise buildings, especially those in charge of properties that no longer support a ‘Stay Put’ strategy (as was the case at New Providence Wharf), to check their fire safety measures including smoke ventilation systems (such as AOVs) as a priority. These should be regularly inspected and any issues acted upon.

The spread of fire on the outside of the building from floors eight to 11 is believed to have been facilitated by timber decking on the balconies, not the ACM panels. Government advice issued in January of this year states: “Balconies should not assist fire spread along the external wall. Balconies including combustible materials may not meet an appropriate standard of safety and could pose a risk to the Health and Safety of residents and other building users.”

The London Fire Brigade is asking all building owners and managers to check the materials used on external balconies and consider whether they could contribute to the spread of fire and, if deemed necessary, modify them as soon as possible.

The Brigade’s parallel investigation into possible breaches of fire safety regulations at New Providence Wharf at the time of the fire is continuing.

London Fire Brigade Deputy Commissioner Richard Mills explained: “The smoke ventilation system inside New Providence Wharf acted like a broken chimney, in turn leading to a potentially life-threatening situation. Had it not been for the exceptional actions of our firefighters and 999 control officers, this incident could have had tragic consequences.”

Mills continued: “Despite our response to this fire and drawing on the many lessons learned from the Grenfell Tower fire, in many cases we are sadly still not seeing a culture change in all those responsible for fire safety in high-rise buildings. The New Providence Wharf fire needs to be viewed as an urgent wake-up call to all building owners and managers. Look at the fire safety solutions inside your building and take action if they’re not performing correctly. It’s too late to wait for a fire to see if they work.”