A severe fire at an Edwardian apartment block in Leamington Spa was probably caused by an electrical fault, a chief firefighter has said according to bbc.co.uk.

The blaze at Blackdown Hall started on the first floor of one of the flats at around 13:45 GMT on Wednesday before spreading to the roof.

At its height 50 firefighters were tackling the blaze. One was hit by a falling roof slate.

It has also been revealed that a sprinkler system had not been fitted.

The fire service said the officer had been discharged from hospital with minor injuries.

Residents spent the night in a rest centre set up at North Leamington School.

The fire service said the flat were the fire started had been “severely damaged”.

Resident Dan Moyser said: “When the fire started it was very small. Then it engulfed the whole house.” 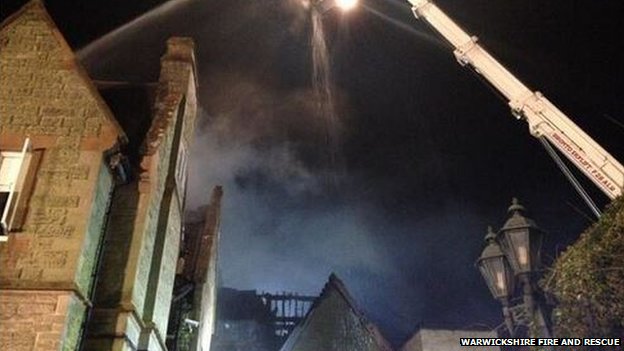 The fire at Blackdown Hall in Sandy Lane, Leamington, started on the first floor

Gary Philips, deputy chief fire officer at Warwickshire Fire and Rescue Service, said he was “pretty confident” the fire had been caused by an electrical fault.

He said it could have been contained, had sprinklers been fitted in the building.

“Most of the building has been affected,” he said. “The building was converted to flats which creates hidden roof voids and the fire had spread significantly.

“There has been damage to most of the flats and we have had to cut away most of the woodwork. It’s distressing for residents and I do feel for people who have invested in the property and now won’t be able to live there for some time.

“Had the developer fitted sprinklers in those premises when those flats were converted we would now not be having this conversation and families would not have been displaced.” 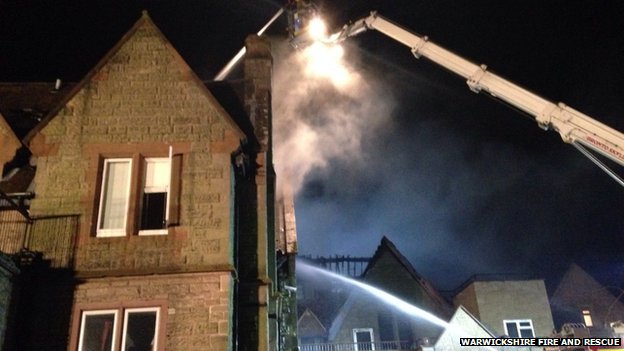 Officers say the building has been ‘severely damaged’